We will share a simple dish-to-pass lunch.  Lunch break will be unstructured time, so feel free to take a walk, rest, or chat as you like.

NOTE:  This retreat is replacing our regular 2nd Tuesday evening meeting that was scheduled for Feb 11th.

"Champion of temperance, abolition, the rights of labor, and equal pay for equal work, Susan Brownell Anthony became one of the most visible leaders of the women’s suffrage movement. Along with Elizabeth Cady Stanton, she traveled around the country delivering speeches in favor of women's suffrage.

Susan B. Anthony was born on February 15, 1820 in Adams, Massachusetts. Her father, Daniel, was a farmer and later a cotton mill owner and manager and was raised as a Quaker. Her mother, Lucy, came from a family that fought in the American Revolution and served in the Massachusetts state government. From an early age, Anthony was inspired by the Quaker belief that everyone was equal under God. That idea guided her throughout her life. She had seven brothers and sisters, many of whom became activists for justice and emancipation of slaves."  Source: Women's History Museum 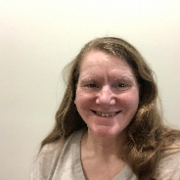 Getting in the Doughnut: Doughnut Economics

Came across this robust economic model recently:  Doughnut Economics by Kate Raworth.  The goal is to transition from 20th century thinking to 21st century processes.  It integrates many branches of economics and environmental thought, like systems thinking, feminist economics, embedded economics and social justice. The focus is on creating regenerative and distributive systems that allow us to thrive within planetary and social boundaries. It's also scaleable and solutions oriented. There is a…

Here are some helpful places to go for background information related to Dominion Energy's Borger Station Special Use Permit (SUP) that is being considered by the Town of Dryden board. 08/11/20 - Community Letter from MOF Tompkins, includes helpful links, talking points, FAQ and contact information. 08/13/20 - Public comment from Tony Ingraffea on Borger SUP to Dryden Town Board, includes video of pigging station blowdowns from PA. 08/14/20 - Public comment from Katie Quinn-Jacobson on Borger…

Nabbed this screenshot off the candidate forum last night in case anyone is interested in going tomorrow (Saturday, June 13.)

Wow...a glimpse of a future without oil courtesy of COVID-19

.  “A benchmark for oil that will be delivered next month went negative, meaning it was essentially deemed worthless, suggesting that people who had oil to sell were willing to pay for it to be taken off their hands.“. Source: NYT